A Hovel Fit for a Witch

Stories of witchcraft on the North York Moors have been told for hundreds of years and are rooted in our collection. We have been entertaining visitors with our Ryedale ‘witch’ for decades.

When Museum Founder Bert Frank and his volunteers had finished reconstructing the first domestic or vernacular building, the cottage Stang End, they set to work using the remaining building material to make the ‘Witch’s Hovel’. 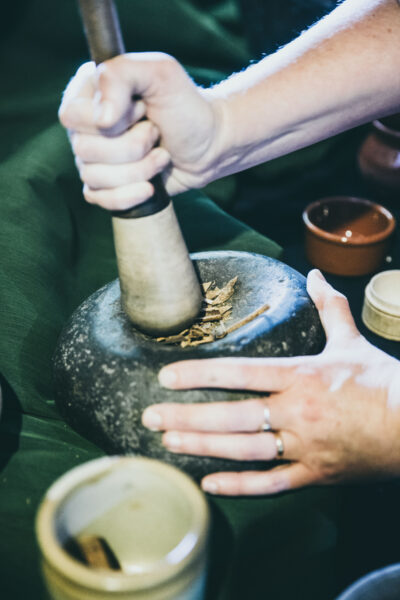 Within the Witch’s Hovel, by Angela Waites Photography

There are many stories that they must have had in mind as inspiration. Within the Museum collection, there are three spell tokens, dating from the early and mid-eighteenth century. These love charms, adorned with hearts, initials and dates, emerge from a particular tradition of female ritualistic magic. At a time when a woman’s expected role was to get married and have children, they must have been purchased in desperation by lone females keen to make a match. 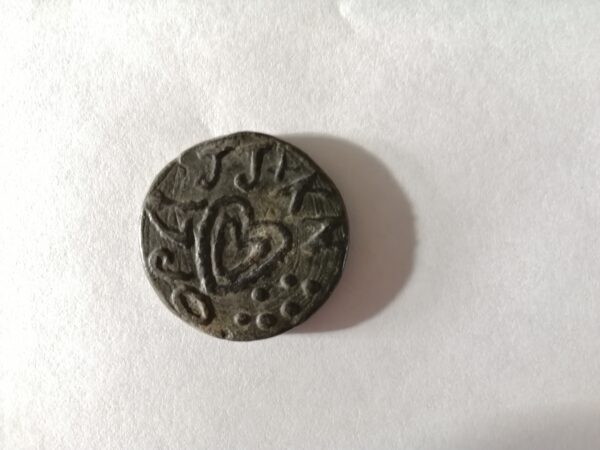 Though ‘witches’ could be male or female, in reality across Europe the vast majority of accusations and persecutions were of women – approximately eighty percent in this country. Our ancestors turned to the figure of the ‘witch’ to explain what was happening within the community, for example the illness of an animal, milk that wouldn’t churn into butter or a hailstorm that destroyed crops.

Folk stories from the moorland villages tell of the actions of a range of women, like Nanny Pierson. Pierson was a common surname in these parts, so that there have actually been three Piersons connected with witchcraft at various times, a mother and daughter from Goathland, and woman from Rosedale.

According to stories, it was the eldest Pierson ‘witch’ in Goathland who was most feared, accused of being able to cripple an unborn child. Old Mother Migg, from Cropton, was also reported to have attracted so many victims into her hovel that she was tossed into a ‘slag of migg’ – migg being manure – and the smell had the effect of discouraging anyone who might have come under her influence.

At a time when historians and scholars no longer accept that maleficent magic took place, these stories of persecution and accusation can be deeply troubling, particularly now that we are able to explain vastly more through science. We aim to share this history during event days at the Museum when our ‘witch’ is often at her ‘hovel’ – a volunteer has been taking on this role since the very early days of the Museum’s opening, starting with Edith Butler in the 1960s. 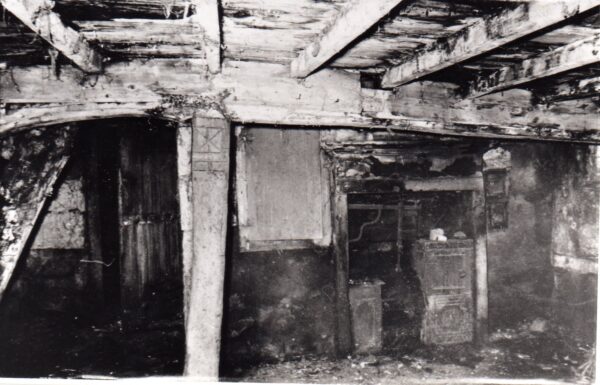 A glimpse inside Stang End, with the post in situ, before it moved to the Museum in 1967

Within the cottage next door, the seventeenth-century Stang End, there is also a very rare ‘witch post’ or ‘heck post’, one of three within the Museum collection. There are fewer than twenty posts known to exist, almost unique to North-East Yorkshire, with just one from neighbouring Lancashire. The carved oak posts are so-named based on their apotropaic-style protective markings, including a saltire, the carved X-shaped St Andrew’s cross. Most people will be familiar with superstitions surrounding the impulse to cross – we still cross our fingers for good luck and mark hot-cross buns, nowadays for tradition’s sake but once upon a time for protection. 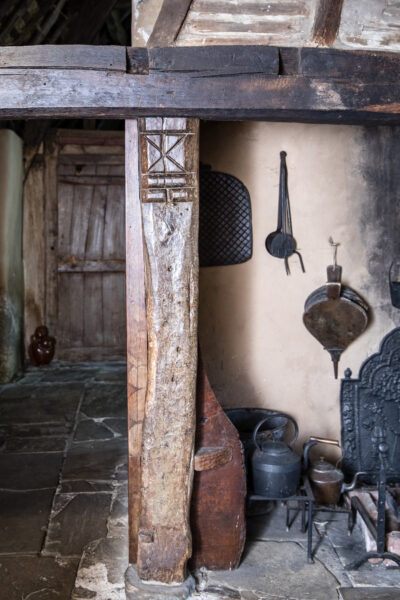 Apotropaic markings speak of the superstitions and fears that were once widespread, particularly between the sixteenth and eighteenth centuries, with protective marks often placed near doors, windows and chimneys. Positioned near the fireplace, the carved posts were most likely believed to prevent evil from entering through the chimney.

King James’s Daemonologie, the king’s treatise on necromancy, magic and the occult written in 1597, identified the importance of protecting the hearth from witches’ familiars, claiming: ‘they will come and pierce through, whatever house or church, though all ordinary passages be closed’, specifically gaining access through any opening ‘the air may enter in at’.

The post in Stang End also contains objects, secreted in the dowel holes, including a silver threepenny bit. One story tells that when the cream was ‘witched’ and wouldn’t churn into butter, the threepenny bit should be carefully dug out from its hiding place and dropped in the pail.