An Unforeseen Find: the Treasure of Harome Hall

We like to describe Ryedale Folk Museum as a veritable treasure trove of heritage objects and stories, but fifty years ago a tale involving real treasure was unfolding within our largest building: the medieval Manor House known as Harome Hall, where a mysterious spoon was discovered in the thatch.

As with other buildings at the Museum, such as Stang End, Harome Hall is of cruck-frame construction – popular in Ryedale and the North York Moors, but particularly in the villages of Harome and nearby Pockley. It is likely that the Hall was the highest status of all the cruck buildings in the region, with its vast crucks rising to the ceiling to create an elaborate display. 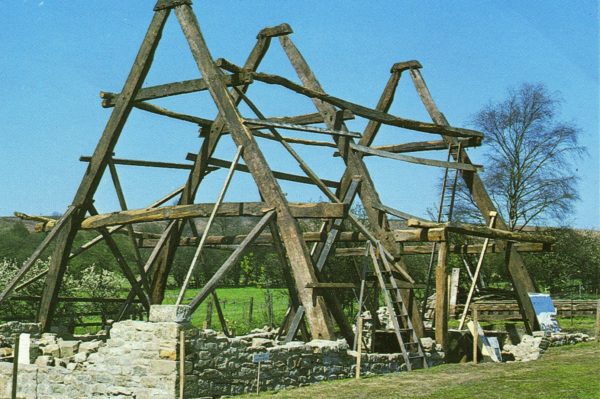 During feudal times, with the exception of the village church, a manor house was generally the most important building in the area. Archaeological evidence shows that the site in Harome had hosted a dwelling of importance for eight hundred years.

However, by the 1970s things looked somewhat different. The hall was described by Museum volunteers as ‘crumbling’, with a rotten thatch and collapsing roof. A rescue plan was put in place and arrangement was made by one of the Museum’s early trustees, Bill Goodall, that Harome Hall should be removed to the Museum on condition that it was rebuilt in its ‘original simplicity’. 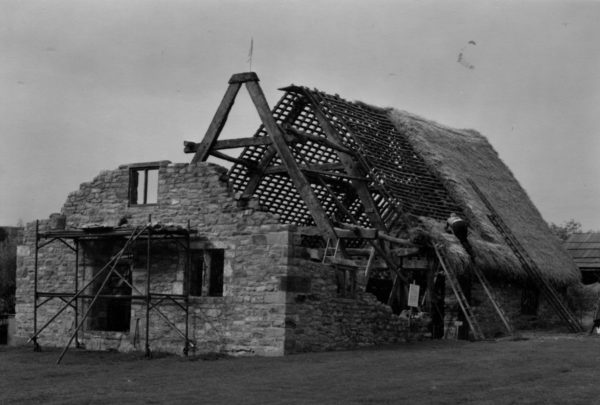 Harome Hall being rebuilt at the Museum in 1971, by Geoffrey Willey

Curator Bert Frank set about the physically-demanding process of relocating the building with his team of over a dozen dedicated volunteers. It was during the initial dismantling that volunteer Robin Butler, on January 17, 1971, found the spoon that was to prove so significant, tucked away within the thatched roof.

Initially, the spoon appeared a very unpromising piece which, according to Bert’s diary, “aroused little interest at the time” and lay for some days in the Finds’ Tray, along with various pieces of pottery, assumed to be made of tin or pewter.

It’s not entirely surprising that the spoon was not a priority that week for the team from Ryedale Folk Museum. Various accounts recall the difficult working conditions in the Manor House, with even the occasional cry of “Timber!” as a roof beam crashed to the floor nearby. 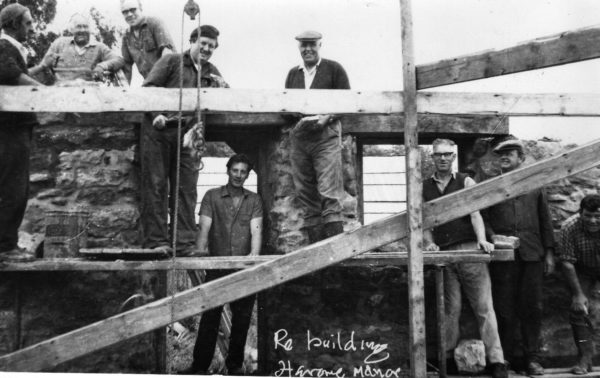 However, when Bert began to clean the piece, revealing a silver hallmark, it became clear that the spoon was a significant find. Moreover, it was now a candidate for ‘treasure trove’ – a label applied when a hidden item of treasure is too old for the heirs to be traced. In fact, the spoon is now known to have been made in 1510.

It is a beautiful piece, measuring approximately fifteen centimetres in length, with a shallow, fig-shaped bowl in keeping with its intended use for general eating, rather than for liquids as we might use a spoon today. This bowl tapers into a hexagonal stem, ending with a finial knop. 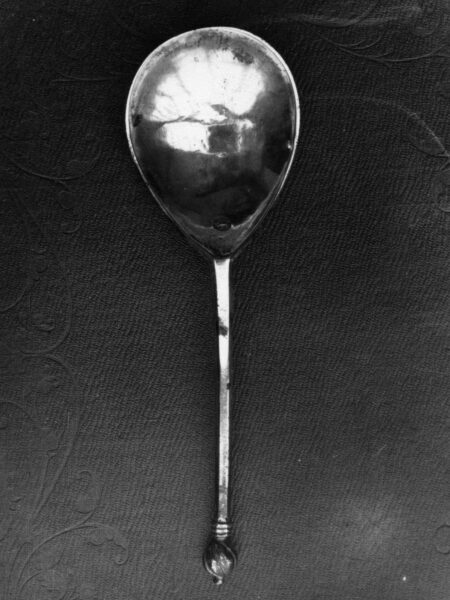 The Silver Spoon. It is now in the British Museum.

Most of us are familiar with the symbolic value of a silver spoon, which derives from the monetary value of this particular item of cutlery – the expression to be ‘born with a silver spoon in one’s mouth’ is associated with inherited wealth and may also refer to the fact that silver spoons were sometimes christening presents. Before established place settings at dinner tables, spoons functioned in place of a range of utensils and were often carried in pockets, sometimes in a leather case, for use as needed. Producing a silver spoon would have been an indicator of social status, particularly if those about you were using more common wooden spoons. Unsurprisingly, they were also mentioned in wills.

The spoon found in our Manor House was deemed to have been hidden, not lost. It is very likely that whoever concealed it within the thatch spent many hours fruitlessly searching later. The discovery raised fascinating, and sadly unanswered, questions about the set of circumstances that led to an item of such value being hidden.

One theory relates to the English Civil War, during which Helmsley Castle was besieged in 1644 by Sir Thomas Fairfax. The Royalists held on for three months before surrendering. It is possible that the spoon was concealed at that time by the Hall’s inhabitant, the widowed Mary Morrett, in order to prevent its theft by Oliver Cromwell’s ‘Roundheads’, led by Sir Fairfax; they would have been frequent visitors to the villages surrounding Helmsley in search of supplies during the siege.

You can explore Harome Hall, one of over 20 heritage buildings at the Museum, as part of your family day out on the North York Moors. 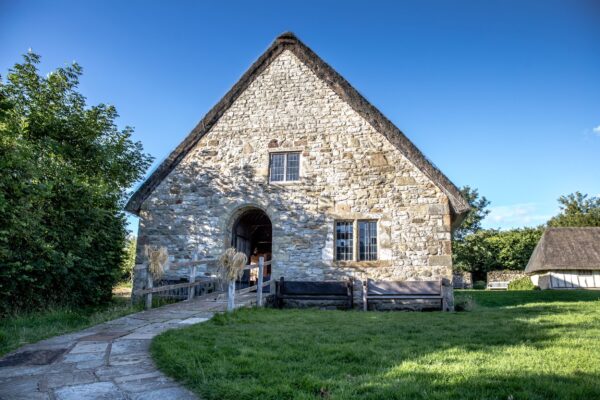 Listen to Robin Butler talk about finding the silver spoon: