Raymond Hayes and the Rosedale Glassmakers

Bertram Frank (Bert), founder and first curator of Ryedale Folk Museum, noted in his diary on 28 April, 1968: ‘if interest had been aroused three thousand miles away, surely we could do something about an object only three miles away!’

He was referring to a letter from the Conning Museum of Glass in New York enquiring about evidence of the nearby Rosedale Glass House, recently unearthed, literally, in the North York Moors.

The exceptionally rare glass works consisted of a huge stone furnace, dating from the sixteenth century, and provided evidence of the secret activities of clandestine glassblowers in the remote moorland site. Before this, nobody in the area had any idea that the North York Moors had been a base for illegal glassmaking. It was an exciting discovery. 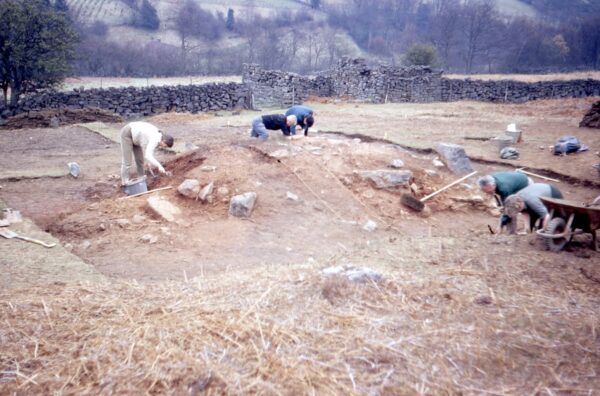 The furnace was – ‘of course’, added Bert – located by the Hutton-le-Hole photographer, esteemed archaeologist and local postman, Raymond Hayes. According to his friends, Raymond spent much of his spare time ‘roaming’ the Moors, looking for evidence of human activity.

Raymond’s interest in archaeology developed as a schoolboy in York, where he spent time admiring the city walls and frequenting the Yorkshire Museum. However, he came to a career in archaeology by an unusual route, first as a photographer, taking up the reins of his father’s Daylight Photography Studio that can be seen at the Museum.

Raymond’s photography skills were particularly useful on archaeological digs but he also became an expert on the archaeology of the region, from the Mesolithic period to recent industrial times, publishing several books of historic importance. By the time work began on the glass furnace, Raymond had already been awarded an MBE for his services to archaeology, receiving it from the Queen Mother in March, 1966.

Today, the glass furnace can be seen under a specially-created cover at the Museum as part of your family day out on the North York Moors, but in 1968 Bert and Raymond were faced with the challenging task of relocating it from its particularly isolated and waterlogged location. Access was to prove especially difficult. Museum Blacksmith, Robin Butler, had been with Raymond during the initial discovery and his physical strength was to be put to use once more during the moving process. Years later, he recalled that one of the stones weighed in the region of three-quarters of a tonne. 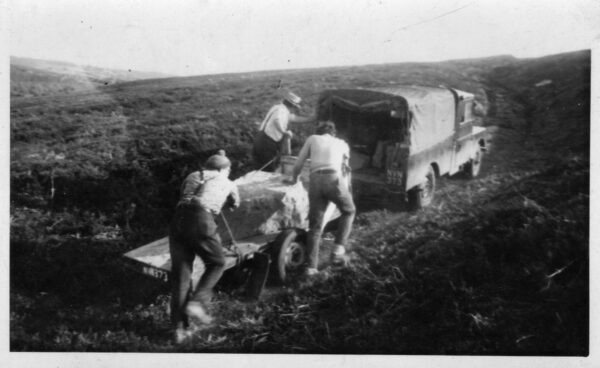 In the first instance, a stone causeway had to be painstakingly created through the boggy terrain. This was accomplished over the summer of 1968, with several men on site each day, so that at last the heavy furnace – which the men measured as 18 feet by 24 feet – could be manoeuvred with assistance from a Land Rover. Later, Robin attributed their success to sheer determination: ‘it didn’t matter how difficult a thing was, we’d find a way to achieve it.’

Today, the furnace still stands at the Museum and is believed to be the only glass furnace of its kind in the country, similar instead to those of the Lorraine style. Moreover, our furnace casts light on a moorland industry about which little would otherwise be known. 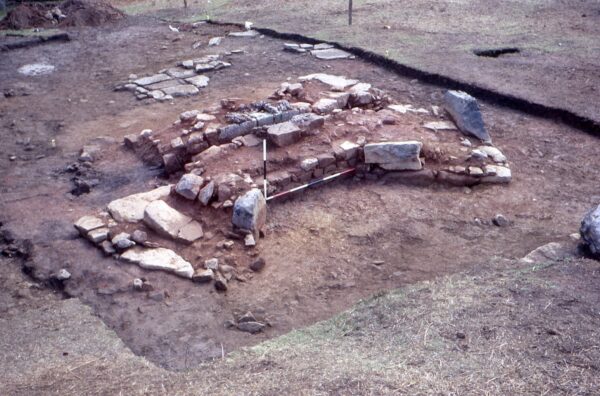 It is now believed that the Rosedale Glassmakers were Huguenots, most probably fleeing religious persecution. On arrival in England, we can only imagine the devastation experienced by these master glassmakers upon discovering that a special licence was required for glass production; these were rarely granted.

Rosedale must have offered isolation, facilitating the incomers’ secretive work. However, it also provided important ingredients such as local sand and lime, and woods for shelter and fuel for the furnace. Importantly, there was also bracken which, when burned, yields sodium oxide to enable sand to melt. In total, three furnaces have been uncovered, in Rosedale, Hutton-le-Hole and nearby Farndale. 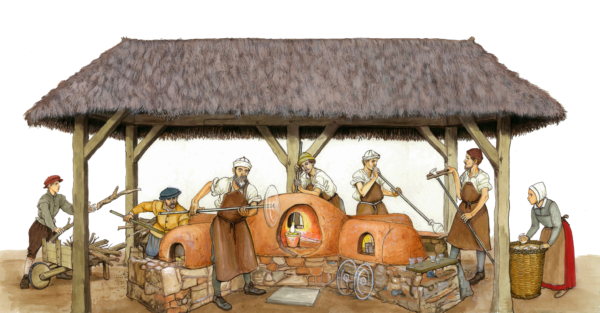 An artist’s impression of the glassmakers at work, by Tony Barton

The glass produced is known as ‘forest glass’ on account of its distinctive green colouring, a result of the ashes of bracken and beechwood involved in the making process. For over a decade, between approximately 1570 and 1593, this forest glass from the Rosedale furnace was most probably manufactured by Johannes Coutle, Georgius Rathrome, and Rogerus Romfrey, as indicated by the three new names appearing in local church records. 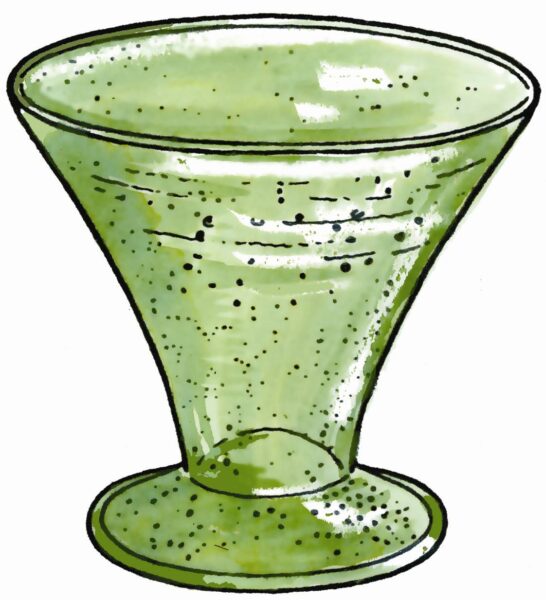 However, it remains unclear why the glassmakers eventually left the region, abandoning their furnaces as they did – possibly in haste. Several theories have been put forward, including the end of the French Civil War offering the Huguenots religious liberty in their homeland once more.

However, it is also possible that they felt ‘driven out’ of the area. In 1592, the licence to make vessel glass was granted to Sir Jerome Bowes, well known for his dislike of illegal glassmakers. Sir Jerome dispatched men countrywide to shut down clandestine operations. Finally, the ban on the burning of timber during the rule of James I, when the King insisted it be preserved for shipbuilding, may well have ended the industry, leaving the glassmakers unable to work. 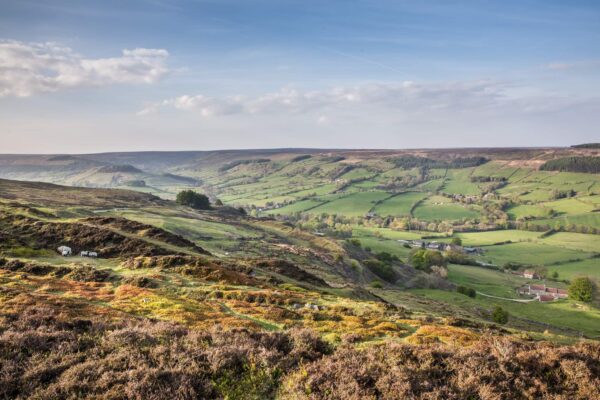