For anyone for whom the term Shepherdess evokes the image of a nursery-rhyme character like ‘Little Bow Peep’, the historic moorland figure of Rose Farrow must come as a surprise. 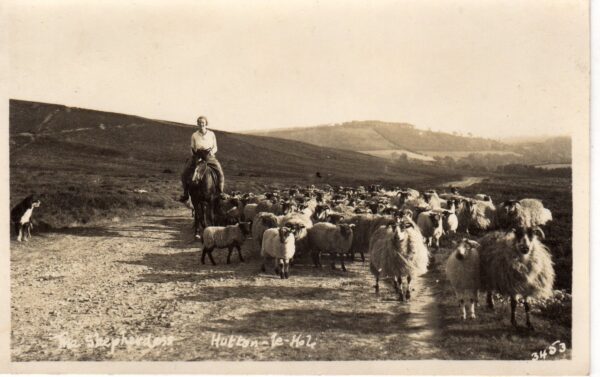 Tending sheep on the North York Moors – at any time of year, but particularly in winter – was a gruelling and effortful task. It is all the more surprising that Rose continued in this role as an elderly lady, even into her eighties.

Throughout her life, Rose was well known within Hutton-le-Hole, living in the aptly named ‘Rose Cottage’ from her birth in 1911 until her death at the age of 97. Here, she was a Sunday School teacher for thirty-six years, served on the Village Hall Committee and was involved in the organisation of the Mell Supper every year. However, it is as a shepherdess that she is most remembered.

Originally, the Hutton-le-Hole flock belonged to her father, who was able to form it in the 1880s when the other villagers donated their own grazing rights on the Moors to him.

Rose with her flock

Sheep have grazed in this way for hundreds of years, supported by knowledgeable and hardworking rural farmers, shepherds and shepherdesses. Here, they are ‘heafed’ – in the process of ‘heft farming’ – whereby sheep come to recognise their designated area of the Moors, staying in place without the need for physical boundaries. This is a traditional method of managing flocks of sheep on large areas of common ground. Initially, it would be achieved only by constant shepherding and high levels of vigilance, but over time the sheep’s learnt behaviour kept them to their ‘heaf’ and was passed from ewes to their lambs.

Rose took over the shepherding from her father and was helped by her nephew, Jeffrey Featherstone, and her brother, Charles. Many of our collection photographs show Rose on horseback, a reminder of the size of the terrain in which she worked. It is known that by the mid-1960s, Rose had approximately four hundred sheep in her flock. Rare video footage also shows her directing the sheep between Hutton-le-Hole and their grazing area above the village. 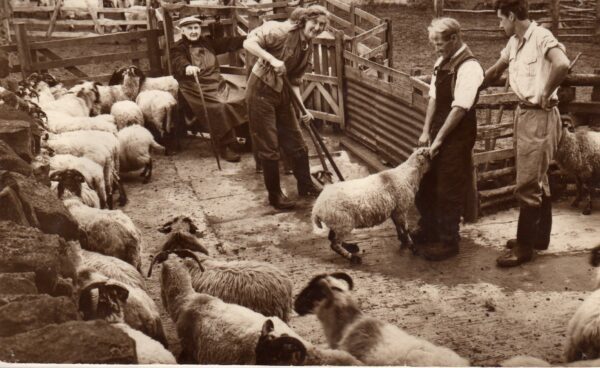 In 2008, Jeffrey, who had been caring for Rose until her death, donated a number of her personal items to the Museum. Ryedale Folk Museum contains not only an eclectic collection of buildings, artefacts and photographs, but also seeks to tell the stories of the people connected. Through her objects, including her pitchfork, branding iron, razor strop (for sharpening shearing equipment) and metal suckling restraint, we see a fascinating insight into a remarkable life of moorland farming.

A particularly prized item, synonymous with the profession, is Rose’s shepherdess crook. Made from hazel wood with a bone handle and ornate carved thistle design, this crook is clearly a beautiful decorative item, not intended for use. 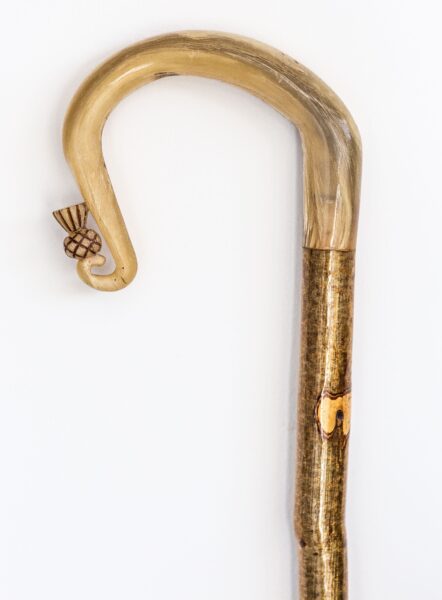 Our collection photos show a range of other tasks demanded of shepherds and sheep farmers, including shearing, washing and dipping. 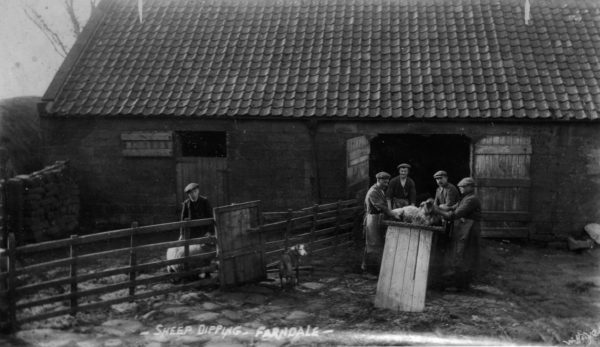 Traditionally, dipping was an important process designed to eliminate parasites from the sheep’s bodies, including ticks, lice and blowfly. 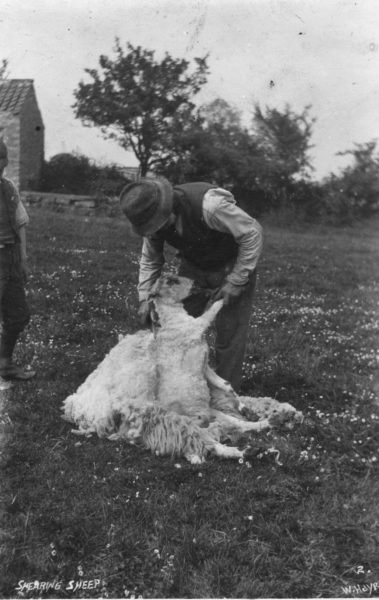 Shearing by hand continued even after the process was mechanised; photo by William Hayes

Large gatherings for ‘clipping’ were also looked forward to, with customary clipping day foods consumed, including special cheesecake with a layer of butter. 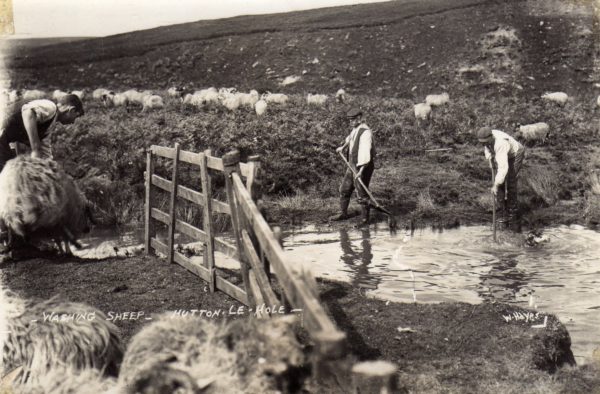 Many villages had traditional sites for washing sheep, like this one in Hutton-le-Hole, 1910; taken by William Hayes

Like the majority of moorland flocks, those shepherded by Rose were Blackface sheep, well-suited to the heather of the North York Moors. They are well known for having a robust constitution to survive the rigours of moorland life, although sadly they are also at risk of death and injury in these parts from vehicle collisions. Rose was recognised for her expertise at breeding and was a member of the Scottish Blackface Sheep Society.

At the Museum, we now have rare-breed Manx Loaghtan sheep within our farming area . These have been characterised as ‘at risk’ by the Rare Breeds Survival Trust. By the middle of the twentieth century, there were only forty-three, though numbers have been increasing due to special breeding programmes. 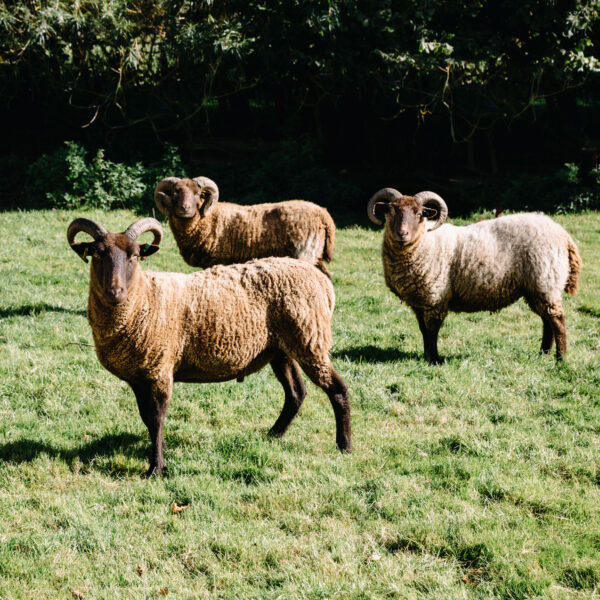