Taking a Photograph the Edwardian Way

The Daylight Photographic Studio is the most noticeably different structure within the twenty heritage buildings at Ryedale Folk Museum. A wooden construction with almost an entire external wall of glass, this work space of William Hayes, and later of his son Raymond, represents the oldest surviving example of such a studio in England.

The Hayes Studio was donated by Raymond, a significant figure to anyone familiar with the story of the founding of the Museum. It had hosted his parents’ wedding reception at the turn of the century and was even lived in by the family for two years in the 1920s whilst they awaited the building of a new home, hard to imagine given its diminutive size and lack of facilities. 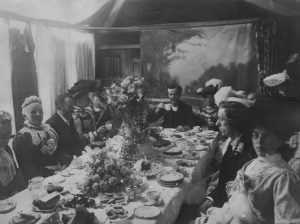 Its transportation to Ryedale Folk Museum in 1991 was far from the first such endeavour. Originally built in 1902, it had already been moved in pieces by horse and cart to Hutton-le-Hole almost a decade later. This came amid concerns about the air quality for the family in its location in Monkgate, York. The move to Hutton-le-Hole was the Hayes’s attempt at the archetypal escape to the country. 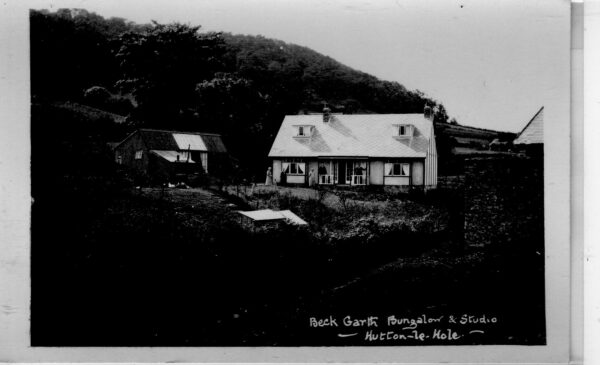 The family home in Hutton-le-Hole, Beck Garth, with the Studio in the garden, taken by William Hayes

Through this, Raymond grew up knowing the area well, the geology, history and folklore which were to prove so formative for him, providing inspiration and material for his later career as an archaeologist. It also offered William subject matter for a thriving business producing postcards, including photos of local scenes from the moors and coast. These special places also appear as picturesque backdrops for their affectionate family outings.

In the foreground are Margaret (left), Jack and Raymond Hayes (right), on Scarborough beach

Whilst many families enjoyed occasional leisure time together throughout the early part of the twentieth century, few had the opportunity or means to record it for posterity in the way that William Hayes did. The family can be seen spending time on the beach, walking near Rosedale, and picnicking on the moors above Hutton-le-Hole with their own tea pot and kettle. 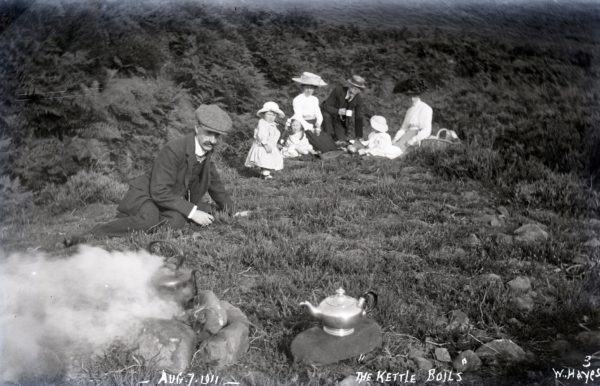 Out walking above Rosedale, which can be glimpsed under the old ironworks arch

However, predominantly, the Daylight Photography Studio was the base for William’s portraiture business. The Hayes Studio was built to a specific template for studios when photographic portraits were becoming increasingly popular, replacing the much more time-consuming and expensive portrait paintings that preceded them. William took the likenesses of his sitters in the studio against an elysian or antique-style backdrop, a process that involved them sitting still for several seconds or even over a minute; a shorter exposure length could be achieved only by maximising the light entering the room. 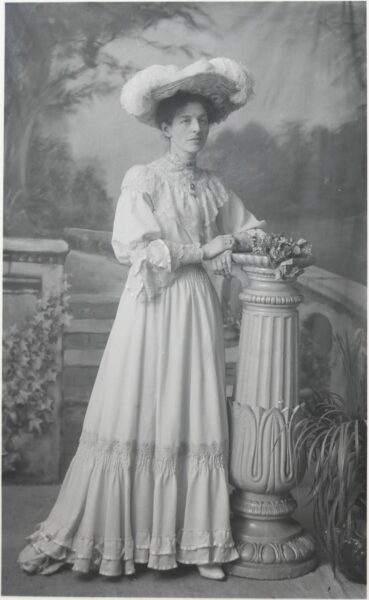 William’s wife, Margaret, in the Studio

Natural light was by far the preferred source of lighting up to and even after World War One. Arc lamps, like those developed by Van der Weyde in the 1870s, were noisy, smelly and, more worryingly, dangerous to operate due to the use of ultra-violet radiation.

In order to reduce eye movement, ‘eye-rests’ were often used – small pictures on adjustable stands to give the sitter something on which to focus. To help with relaxation, the room was furnished to resemble a respectable drawing room, with potted plants and furniture. William also included some of his own artwork – two of his larger studies from antique sculpture – which are a reminder of his artistic talent after almost a decade attending York School of Art.

Within his adjoining darkroom and finishing room, William was able to develop his exposed plates quickly, whilst his subjects waited. Only when William was happy with the results would they leave. 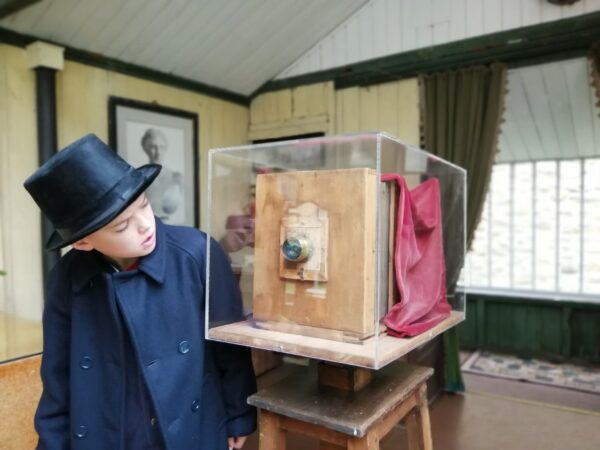 Dressing up in the Studio today – inspecting the original camera!

Raymond took over the running of the studio from his father. The Museum has greatly benefitted from the work of many tireless volunteers over more than five decades – Raymond’s photography, like that of fellow photographer Geoffrey Willey, has provided valued documentation of the Museum’s own history.

Today, the studio is the perfect place for family fun – with Edwardian clothing for you to dress up in and take your own snaps against the original backdrop, part of your day out in North Yorkshire.