A Lasting Legacy: Founding the Museum

Every museum exists because of the hard work and efforts of the people who founded it. In our case, Ryedale Folk Museum was brought together by local collectors from the area, sharing their own expertise and determination that the legacy of traditional life on the moors should not be lost – and so we can enjoy nostalgic family days out today, discovering what life used to be like in the region.

The original objects and artefacts, items of social and folk history, were amassed in the first instance by historian Wilfred Crosland (1876 – 1961) and Bertram Frank (known as Bert, 1919 – 1996), with additional archaeology from the moors provided by photographer Raymond Hayes (1909 – 2000). 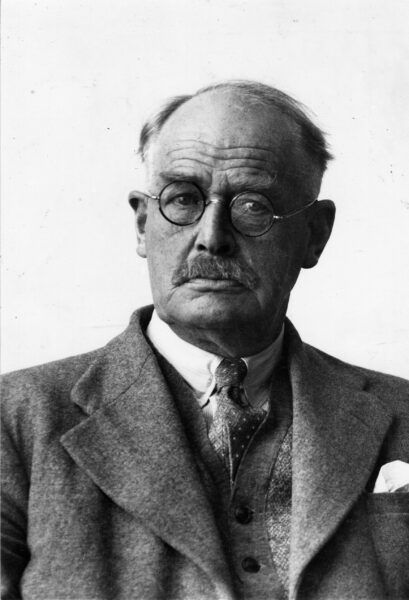 Historian Wilfred Crosland, one of the Museum’s founders.

From the start, the Museum’s aim was to share the stories of the ordinary ‘folk’ of the North York Moors. Years later, Bert’s biographer was to write about him: ‘Large and famous museums were good at preserving the big stories of history’ but, Bert thought, ‘who cared about the little stories of ordinary people?’ It was these ‘little stories’ that were to fascinate him, and others, over the coming years.

Long before the gradual arrival of the heritage buildings that can be explored today, the Museum itself was based in the family home of the Croslands: Elphield House and the adjoining barn. Today, this space is now occupied by the reception, gift shop and Art Gallery.

The first glimpse of a ‘Museum’ on this site was seen when siblings Wilfred, Hannah (known as Minnie) and Helen Crosland generously opened up their home to curious locals for a period of two weeks, exhibiting Wilfred’s eclectic assortment of artefacts in the hope of raising some much-needed funds for the Village Hall. 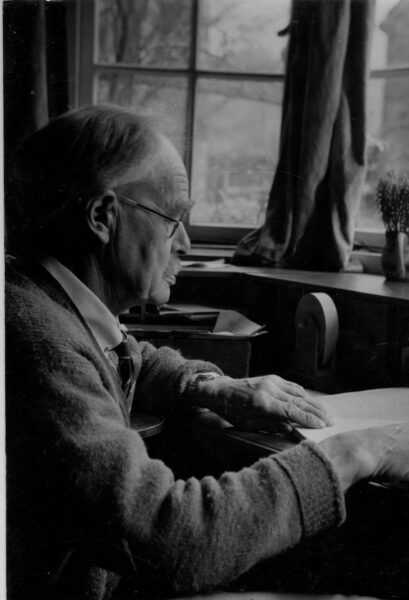 Wilfred working in his study – now the Museum shop

Simultaneously, Bert had been developing his own small museum in nearby Lastingham, recording in his diary later that his ‘infant museum’ was ‘in danger of collapsing due to lack of space’. Many of his objects were actually stored in his garden shed.

After the Second World War, Wilfred and Bert met to discuss the possibility of a more permanent display space for both their collections. Wilfred’s expertise on the history of the North York Moors had been greatly respected by Bert for some time, with Bert attending lectures given by the older academic.

But when Wilfred died in 1961, little progress had been made and it was the actions of Helen and Minnie that directly brought Ryedale Folk Museum to fruition. The pair invited Bert and his wife Eveline to move to Hutton-le-Hole and take over ‘the remnants of their brother’s collection’. In return, they promised to leave the property and land to the Museum in their wills. 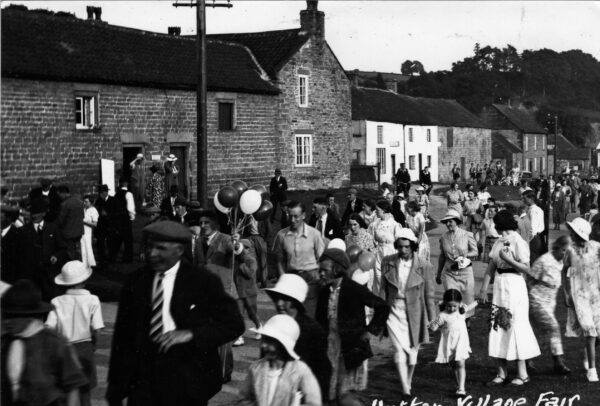 The Crosland Family stand outside Elphield House – now the Ryedale Folk Museum – at a Village Fair.

The sisters died within a few months of each other, Minnie passing away first, in October 1963, and Helen in the following February. Bert noted that Helen received ‘much consideration and kindness’ at Scarborough hospital after sustaining a fall. Both women had lived to see the Museum’s opening.

In the August of 1963, Bert had recorded in his diary that the Museum opened ‘in three rooms … for the first time today’ with visitors paying one shilling to see the exhibitions, the equivalent of about a pound each now. By the end of that year, Bert and volunteer Bill Goodall began to compile a catalogue of the Museum objects and, during the winter months of 1964, Bert cleared the adjoining barn to increase display space in readiness for the first proper season to begin on March 28, 1964. It is this date that is viewed as the Museum’s official foundation.

However, creating an open-air museum of this nature, including moving several buildings ‘stone by stone’ from surrounding villages, could quite clearly not be the undertaking of a single man. Over the years that followed, Ryedale Folk Museum grew through the commitment of an extraordinary number of local people, many carrying out physically-demanding, arduous tasks to make the site what it is today. (You can read more about the construction of Stang End, the Manor House and the Rosedale Glass Furnace.)

Bert’s lists of Museum volunteers are scattered throughout his diary entries, including: Robin Butler, John Bowes, Robin Frank, Jim Barnett, Frank and Bob Weatherill, Bill Goodall, and many others. In a sense, their stories are as much a part of the Museum today as the tales of the people they were seeking to tell. 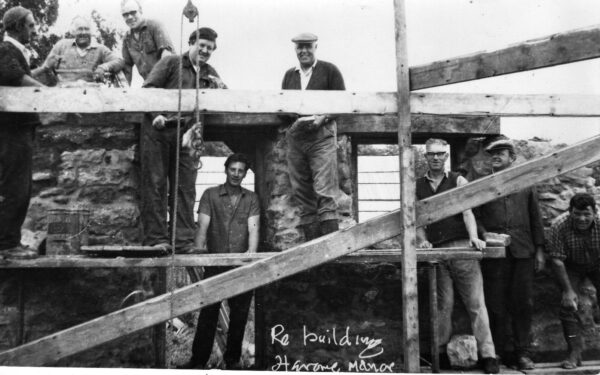 Museum volunteers during the rebuilding of the Manor House (Harome Hall)

Fortunately, much of this early history was recorded by photographer Geoffrey Willey, another lifelong supporter and volunteer at the Museum, as well as Raymond Hayes, whose father’s Daylight Photographic Studio is one of the buildings at the Museum today.

Bert’s diary from those early years also includes examples of a variety of bequests, donations and acquisitions as the collection increased in size, showing a high level of engagement from within the surrounding population. He recorded touching details, like when, for example, he noted the funeral of eighty-five-year-old cabinet-maker Frank Cossins from Kirkbymoorside, who donated a number of his tools to the Museum, describing him as ‘the most highly-skilled man of his trade in the district’.

In 1966 the Museum became a charitable trust, the Crosland Foundation Trust, with the object of ‘the preservation of bygones from the past collected in this district’. At the first meeting, a substantial donation of £1000 was made by Mrs Jean Robinson ‘to start the Trust off’ and Bert was officially employed as the Museum Curator on November 15, 1966. 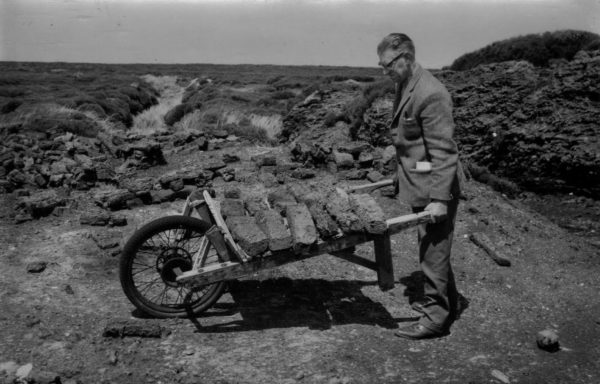